If a person can study a topic, it will also have some form of relevance. After all, relevance is one of the main reasons study or research happens; it is a search for answers to questions or hypotheses. The search bar in web browsers is a modern-day example of a person’s pursuit of knowledge. If we want to know something, we type in the best description of what we are looking for and hit return.

Thousands of years before web browsers, Aristotle said in the opening line of Metaphysics, “All men naturally desire to know.” The desire to know is an innate quality that we all share. This desire is something that Pope Saint John XXIII references in his encyclical Pacem In Terris.

By the natural law, every human being has the right to respect for his person, to his good reputation; the right to freedom in searching for truth and in expressing and communicating his opinions, and in pursuit of art, within the limits laid down by the moral order and the common good; and he has the right to be informed truthfully about public events.

This innate desire for knowledge aims to discover the truth of the thing in question. Why else would we question things if not for wanting to know the truth? Of course, while people are going to be at differing stages in their search for what is true, it does not change the challenges that all of us face.

Specific fields of study today face being treated as irrelevant while other areas are being forced on others to take their place. This treatment is done by those attempting to conceal the truths found within sources of information. This attempt against relevancy happens because they wish to convince you and others to accept their ideologies without question. Pope Francis addresses this in one of his latest documents.

As a result, there is a growing loss of the sense of history, which leads to even further breakup. A kind of “deconstructionism”, whereby human freedom claims to create everything starting from zero, is making headway in today’s culture. The one thing it leaves in its wake is the drive to limitless consumption and of empty individualism. Concern about this led me to offer the young some advice. “If someone tells young people to ignore their history, to reject the experiences of their elders, to look down on the past and to look forward to a future that he himself holds out, doesn’t it then become easy to draw them along so that they only do what he tells them? He needs the young to be shallow, uprooted and distrustful, so that they can trust only in his promises and act according to his plans. That is how various ideologies operate: they destroy (or deconstruct) all differences so that they can reign unopposed. To do so, however, they need young people who have no use for history, who spurn the spiritual and human riches inherited from past generations, and are ignorant of everything that came before them.

We are to seek those things that contribute to our living the life Christ calls all to live for our own sake. In that search, we come into contact with many varying topics. We should never dismiss any of them as irrelevant to our pursuit of truth.

Either way, there is a clear opposition to specific information and being known or taught. These people who oppose the dissemination of knowledge show that the subject matter is relevant; they don’t want you or anyone to find out why.

It is my hope to post as much of that relevant information as possible. 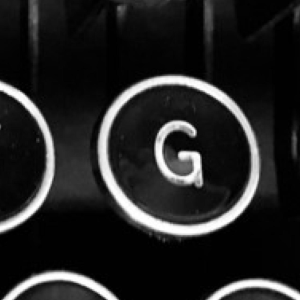 When I Heard God’s Call

Last Tuesday, many of the priests…

It was about that time, time…